An Overview of the Most Successful BEBA Business Mission Yet 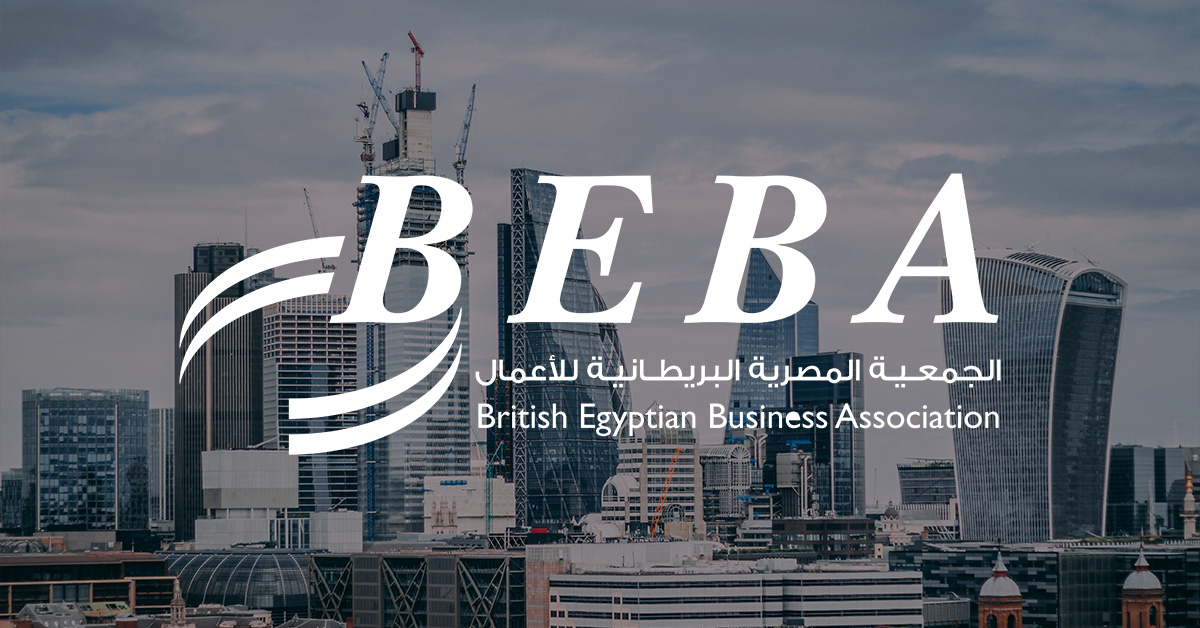 22 May 2022, CAIRO – A total of seven Egyptian ministers took part in the largest and most successful business mission to the United Kingdom that the British Egyptian Business Association (BEBA) has organised.

“Road to COP27: Bridging the Implementation and Financial Gap” is the seventh of a series of BEBA missions to the UK, in collaboration with the Egyptian Embassy in the UK and the Department for International Trade (DIT).

The private sector was itself heavily engaged in the mission, with over 70 delegates representing their respective organisations across a range of sectors. These spanned from the renewable energy industry, with firms such as Lekela and Globeleq attending, to banking and finance, with such organisations as HSBC in attendance, among others.

BEBA’s mission kicked off with a focus on climate implementation, which included an opening speech from Eng. Khaled Nosseir, BEBA Chairman, H.E Sherif Kamel, the Egyptian Ambassador to the UK, and H.E Gareth Bayley, the British Ambassador to Egypt. It was inaugurated by a recorded video by H.E. Sameh Shoukry, Minister of Foreign Affairs and COP27 President Designate, followed by a recorded speech by H.E. Dr. Yasmine Fouad, Minister of Environment and COP27 Ministerial Coordinator & Envoy, in which they talked about UK-Egypt cooperation on global climate action ahead of COP27 in Sharm El-Sheikh this November.

“The UK trade mission is of great importance in light of the Egyptian-British strategic relations and the two countries’ presidency of the previous and future editions of the United Nations Climate Change Conference”, Dr Mashat said. “It aimed to strengthen economic, trade and investment relations between Egypt and the UK and lead them towards more prospects of cooperation to achieve sustainable development and promote common interests, in addition to stimulating joint action between the two countries to advance climate action and implement international pledges on climate finance.”

During the mission, H.E Dr. Mohamed Maait, Minister of Finance, had the opportunity to meet with various banking and financial institutions as well as investors to discuss how scaling climate financing could help mobilise resources in Egypt and developing countries. He also discussed the importance of diversifying the financial resources that support green projects, through green bonds for example. The event was hosted by the Egyptian Cultural & Educational Bureau in London.

Clean energy was widely discussed during the mission. Minister of Electricity and Renewable Energy Dr Mohamed Shaker met with 16 British companies one-on-one to discuss bilateral cooperation and investment opportunities in new, renewable and low-carbon energy systems –green hydrogen projects – as well as electricity transmission and distribution to the private sector. He gave a spotlight presentation on Egypt’s infrastructure and renewable energy potential as well as the Suez Canal Economic Zone at EBRD’s premises in London.

Dr Shaker took the opportunity to visit the Translational Energy Research Centre at Sheffield University, which aims to find and test green practical solutions to critical energy challenges. He also visited the ITM Power Company to see green hydrogen electrolysers at work. During the visit, Minister Shaker expressed optimism about future partnerships with the UK on green hydrogen production.

The mission ended with a healthcare seminar that included a keynote address by Dr Abdelghaffar, in which he talked about the business environment for healthcare in Egypt, including the framework for medical insurance.

“BEBA’s high-profile mission to the UK in preparation for COP27 generated extensive and serious discussions, paving the way for a host of green investments into Egypt”, said Chairman of BEBA, Eng. Khaled Nosseir.

He continued: “Thanks to our successful cooperation with the government, our partners and all stakeholders, BEBA’s mission presented the New Egypt to many UK-based international investors and businesses. This served our aim of fostering and furthering British-Egyptian cooperation while attracting foreign direct investment (FDI) into Egypt.”

Egyptian Ambassador to the UK, Sherif Kamel said: “The British Egyptian Business Association (BEBA) mission provided a great opportunity to enhance economic cooperation in all its forms between Egypt and the UK, and to maximise participation between the private sectors of both countries. The participation of a number of ministers and senior Egyptian officials, and the meetings they held had a great impact in presenting what Egypt has achieved at the economic and social development level during the past years, as well as the plans and programs of the Egyptian government during the coming period in many areas, most notably clean energy, financing, infrastructure and health services, medicine and the Suez Canal Economic Zone.

He continued: “The Climate Change Summit, which Egypt will host in Sharm El-Sheikh in November, represented a major focus of the mission’s discussions, especially since the Egyptian presidency of the conference follows the British presidency since the Glasgow conference last year. The two sides will work during the coming period to build on the discussions that took place during the mission to deepen and expand the existing investment and trade cooperation between both countries.”

British Ambassador to Egypt, Gareth Bayley, said: “We’ve just witnessed a highly successful and productive week for both Egypt and the UK. Not only was the Grand Mufti visiting London, delivering a landmark speech to the British parliament, but seven Egyptian ministers along with a huge business delegation participated in the mission, many of them taking part in discussions with UK ministers and investors to advance climate-driven policies ahead of COP27.”

“These discussions will help pave the way for the British private sector to deliver an array of green investments in Egypt’s infrastructure and renewable energy sectors, thereby strengthening our green partnership. I am happy to say that these investments will not only create new jobs for millions of Egyptians, but will achieve sustainable, inclusive growth and green prosperity for both the UK and Egypt.”

Members of the mission, which took place from 17-20 May, said that the mission was successful in its objective of fostering Egypt-UK trade relations, showcasing economic incentives that promote green transformation in Egypt, providing a platform for dialogue and cultivating a deeper sense of understanding on mutually beneficial topics.